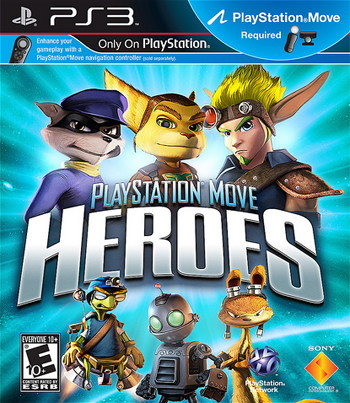 PlayStation Move Heroes is a 2011 action-adventure platformer developed by Nihilistic Software and published by Sony Computer Entertainment for the PlayStation 3 video game console utilizing the PlayStation Move. It is a cross-over of the Jak and Daxter, Ratchet & Clank, and Sly Cooper franchises to form a roster of six main characters, each character having a different gameplay style of sorts that resembles mini-game challenges. It also features both single and two-player capabilities. The game serves as a pseudo-predecessor to PlayStation All Stars Battle Royale.