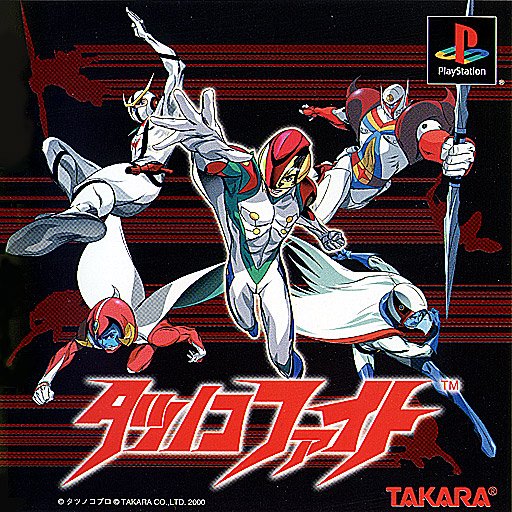 Tatsunoko Fight is a fighting game developed by Electronics Application and published by Takara for the PlayStation game console released in Japan in October 2000. It features characters from various Tatsunoko superhero properties in addition to original creations developed exclusively for the game. The game contained the opening and ending animations from each franchise, as well as new animation made by Tatsunoko for the orignal characters as well. Some consider this game to be a semi-predacessor to Tatsunoko VS. Capcom, which came years later.